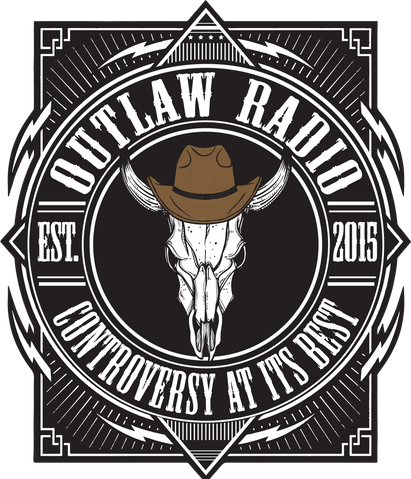 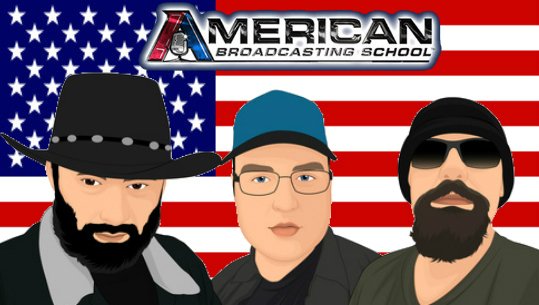 Outlaw Radio was formed by American Broadcasting School alumni, Bad Billy, Chris Master, and Derek Stark.  Along with playing a great variety of music, we also interview up and coming musicians and we talk about current events weather they be political issues, religious, issues, the stupidity of racism, or any other issue. We are 100% uncensored and pull no punches! Outlaw Radio is not for the faint of heart. So if you are easily offended, we advise you not to listen. The three of us strongly believe in our American constitutional right of freedom of speech and we exorcise that right from Almighty God above and our forefathers. With that said, welcome to Outlaw Radio! 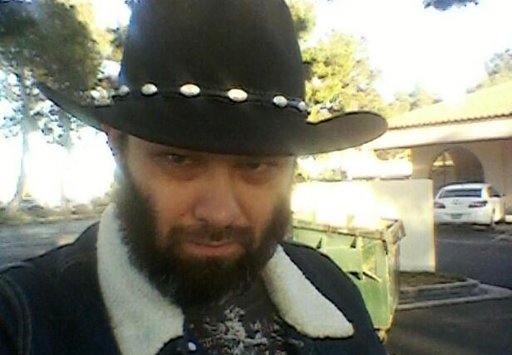 I was born on October 27, 1974 and I grew up in the very small town of Horseshoe Bend, Idaho. As a kid I have always had a with electronic equipment. From records to cassette tapes to 8-track tapes to VHS tapes. If it played music or recorded, I loved it. I graduated high school in 1994 and started studying culinary arts at the College of Southern Idaho in 1997. It was there I quickly learned that I liked cooking as a hobby but I did not want to pursue it as a career. Years went by and I worked several odd jobs. During that time I was introduced to the martial arts and the sport of mixed martial arts (M.M.A.) and I started training in Brazilian Jiu-Jitsu. From there, I knew I wanted to fight. I never did any M.M.A. fighting but I did participate in submission grappling tournaments and it was in the boxing ring where I was given the name, "Bad Billy." Then in 2008 I purchased an account on a telephone system called Philmore Productions. The voice mail system gave up to 90 minute greetings. Other Philmore users were doing radio shows on their greetings based on various topics. I decided to start my show all about boxing and M.M.A. fighting called "The Badlands Combat Sports Radio Show." I have since moved the show over to another telephone system called My TeleSpace. In 2011, my friend, Steven James and I formed A.O.W, Productions on Blog Talk Radio and I continued to broadcast my show on My TeleSpace as well as Blog Talk Radio. Since that time I have had the unique opportunity of interviewing some of the best M.M.A. fighters in the world. I have also had the opportunity of working with M.M.A. Weekly during U.F.C. events or other M.M.A. events. In 2015 at the age of 40, I decided that I need to chase my passion a lot more and I started attending American Broadcasting School where I met Derek Stark and Chris Master. Together we formed Outlaw Radio which we have a lot of fun with and I still broadcast The Badlands Combat Sports Radio Show to his day and continue to talk to top M.M.A. tallent.

It is never too late to chase your passion!!! God Bless. 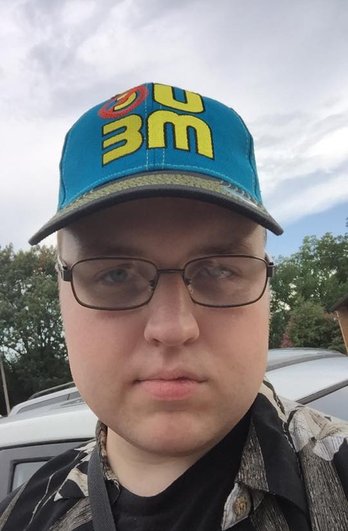 I was born on June 27, 1989 and was raised in the same town I was born in here in Georgia. As a kid, my parents had the radio on the oldies station in town and I learned to love the music of the 50s, 60s and 70s. When I was about 7 or 8 years old, I got interested in radio broadcasting, which to my parents was a great relief because originally I wanted to be a gas station attendant (no joke). Because of my love for music and radio, I decided to join chorus in elementary school where I sang soprano (this was before Manland fully developed, look at Home Improvement to get the Manland reference). My interest in music continued when I dropped chorus after leaving elementary school and joined the band and that’s where I stayed for 6 years through high school and in high school was in marching, jazz, symphonic, concert, competition bands. At the age of 16, I finally called into a radio station and was put on the air and that’s when the full force of the radio bug that first bit me at 8-years-old took effect. I knew then, I wanted to be in radio. When I was 18 in college, I decided to start up my own internet radio station, and I did, and I’m still doing it to this day J In 2009, I wanted to major in broadcasting but the school didn’t have a broadcasting program, I looked around and that’s when I first learned about American Broadcasting School. Because of financial aid being pricks, I decided to put that on the backburner. In 2010, my involvement in radio finally went full force when I started a show at the radio station of the college I was attending. I ended up being a DJ for two and a half years and was production manager for 18 months of that. During that time, I also worked for another local radio station during a summer and during that time because of something that happened that will probably get told on Outlaw, I was fired. After 2 years of leaving the college radio station in December 2012, I decided to get back in radio and that’s when I decided that before the end of 2015, I was going to be attending American Broadcasting School. Well, thanks to a small $1,000 scholarship from ABS, I was able to get the rest of the funding and start school there! Not long after I started, I met Bad Billy and Derek and we became like brothers and started Outlaw Radio.

Don’t forget to check out Outlaw Radio in the future and be sure to join us on the air. If you have the same views as us, then you are considered awesome, if not, that’s perfectly fine, we’ll let you have your say and then we’ll bust your balls over how wrong you are.

Keep on Rockin’ and God Bless! 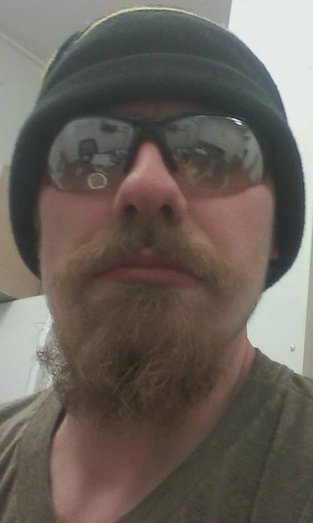 I was born on November 18th 1987 and was raised in a family that was my mom and dad and my 2 older brothers Josh and Jeremy!! My father had a heart attack during the winter of 2005 at only 54 years old. I realized I enjoyed singing back when I was in 9th grade when the school got a new choir teacher named Mr Harstad and he seen something in me that I never seen myself. He believed in me and in 10th grade I started singing Johnny Cash in front of the school with a band and then my nickname was born, Johnny Cash Jr. I really enjoyed singing in front of the school because I was doing something that not many people would ever be able to do and I took full advantage of it. I played sports in school and that was Track, Football and Cross Country. I graduated from Buffalo Lake Hector High school in 2006 and went to Ridgewater College for Audio Production for one year but realized I didn't go for something that I loved. I am currently going to college at American Broadcasting School!! I'm blessed to be an uncle to 3 boys named Robert, Ethan and Grayson!! I enjoy going out to my cousins farm and working and helping bail hay and throw hay up in the loft!! I enjoy the farm life because its honest and hardworking and plus I enjoy listening to Country and Rock music whenever I get a chance to. I met Bad Billy through twitter when I posted that I was gonna be starting at school and he sent me a Direct Message and we got to talking then he started helping me record my shows and posting them on a group page for my radio show, www.facebook.com/absthedrivehome and from there Bad Billy met Chris Master and we all got together and decided hey let's do a show of all of us together spouting our opinions on stuff that matters like Politics and our Religious beliefs not only that but also Professional Wrestling and UFC Fighting.

I really enjoy Outlaw Radio because I get to interact with Bad Billy and Chris Master who have become 2 of my brothers from other mothers from all the times we talked it seems like our friendships have grown knowing we all are a little different but yet we can all come together and talk about the same stuff that bugs us.

Thank you for reading this and make sure to keep checking out Outlaw Radio for the next controversial statement from us!! God Bless. 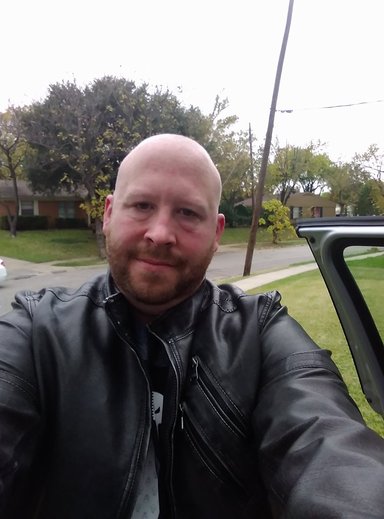 "The Bulldog" Scott Rumsey  here. I'm originally from Aldeburgh, Sullolk (England) and Ive been living in Dallas, Texas since 2007. I'm tattooed and a big teddy bear and I host The Locked & Loaded Radio Show. I bring my own blend of craziness to Outlaw Radio!

Outlaw Radio is a presentation of A.O.W. Productions